Close X
Make an Enquiry
We have offers across the range and we are here to help find the best offer for you. We can also tailor a finance solution for you and also organise your part exchange. Please contact us for more information on our great range of offers. Send an Enquiry

An icon cannot be reinvented, it can only be challenged. And only Aventador could surpass itself. Following Miura, Islero, Countach, and Urraco, Lamborghini’s most iconic model now reaps the inheritance of the historic S models and evolves into the new Aventador S. Exclusive Lamborghini design and the new V12 engine with a whopping 740 HP now join the most sophisticated technology of the range, featuring the new LDVA (Lamborghini Dinamica Veicolo Attiva/Lamborghini Active Vehicle Dynamics), which offers an unparalleled driving experience to all those who honour their egos by challenging themselves every day. 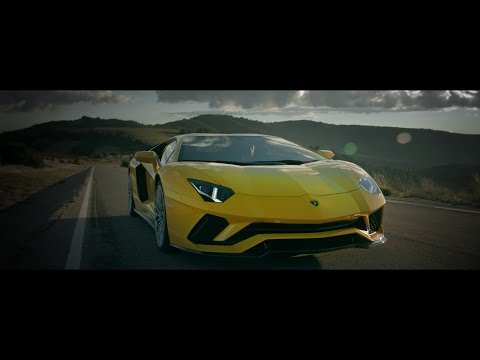 What the new S model inherits from the Aventador family is its extraordinary beating heart: the iconic V12 engine. It is the sign of recognition of a thoroughbred power, with its excellent acceleration performance at any engine speed, lightning-fast responsiveness, a breathtaking roar, and now a full 40 HP more to unleash on the asphalt. But Aventador S will not settle for less and wants everything: the performance features of a super sports car are joined by the extreme agility and handling of the 4 Wheel Steering system for unprecedented driving dynamics, along with the possibility to have the most personal driving experience ever thanks to the brand new EGO customised driving mode.

Working on the design of an icon like Aventador means not altering its character but exalting it even more. Aventador S continues to display the unmistakable Lamborghini DNA, while strengthening its mix of dynamism, refinement, and aggressiveness by means of even sharper lines inspired by nature and by aeronautics. While the hexagonal design of the new tailpipes means that the rear end is as powerful as the engine of a space shuttle, the front end features forms that recall the fins of a shark, transmitting the same force and elegance in dominating the road. But the design of a Lamborghini is never an end in itself. Each surface of the new Aventador S has been studied to gain power and improve performance. Compared to the first Aventador, in fact, the new design elements provide an increase of 130% in front downforce, while the new side air vents reduce turbulence, improving cooling and increasing efficiency.

The interiors of the new Aventador S fully reflect the car’s mission, which is, to be different from all others: a super sports car with cutting-edge technology but also incredibly luxurious. The interior finishes are crafted using materials of the highest quality and present an infinite variety of possibilities, like the new S-trim configuration, created to celebrate the car’s name. The options also include the possibility to choose an innovative material such as Carbon Skin® and to have certain parts of the carbon body left exposed. The elegance of the interior is matched with the extremely advanced technology, such as the instrument panel with interactive TFT LCD display with completely redesigned graphics, and the possibility to enhance the interiors with a LED lighting system created ad hoc.

In addition to its beating heart, Aventador S is also endowed with an incredibly sophisticated brain: the innovative Lamborghini Active Vehicle Dynamics (LDVA) control unit, a system of active technologies that can manage each of the dynamic axles of the vehicle. The lateral vehicle dynamics is controlled by a steering system that involves all four wheels using Lamborghini Dynamic Steering (LDS) and Lamborghini Rear-wheel Steering (LRS). The vertical vehicle dynamics is handled by the Lamborghini Magneto-rheological suspension (LMS) and the active rear aerodynamics. And the longitudinal dynamics relies on the four-wheel drive system (4WD). The LDVA system combines all the information coming from the car’s sensors and establishes in real time the best setting for each driving condition. The result is performance that is absolutely perfect, safe, and compelling.

Whatever your question or feedback we are here to help. So please feel free to contact us

Make an Enquiry
Find Us
Join us on Social Media

Immerse yourself even deeper. Visit our social channels

Back
Compare Saved Vehicles
Top
Close
Your Cookie Settings
Select your cookie settings
Strictly Necessary Strictly Necessary cookies are essential to let you move around the website and use its features, such as accessing secure areas, shopping baskets and online billing. These cookies allow our website to provide services at your request.
Functional Functionality cookies are used to remember the choices you make, e.g. your user name, log in details and language preferences. They also remember any customisations you make to the website to give you enhanced, more personal features.
Targeting Targeting cookies collect information about your browsing habits to deliver adverts which are more relevant to you and your interests. They also measure the effectiveness of advertising campaigns.
Save Settings
Cancel Changes

Your settings will take affect when you refresh the page or move to a new page. Find out more about cookies

This site uses cookies and related technologies for site operation, analytics and third party advertising purposes as described in our Privacy and Data Processing Policy. You may choose to consent to our use of these technologies, or further manage your preferences. To opt-out of sharing with third parties information related to these technologies, select "Manage Settings" or submit a Do Not Sell My Personal Information request.